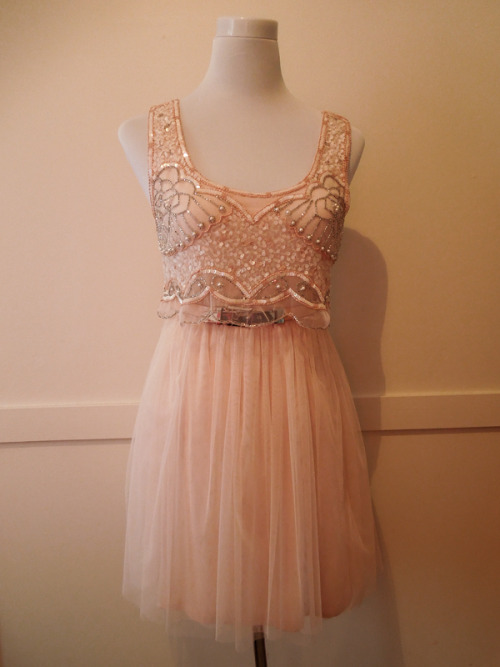 I tried the whole “spending ban” movement, I really did try. But when you’re facing any emotional crisis and you don’t know what’s worse–overspending or overeating–you tend to go for the one that hurts your waistline less (shopping also burns calories, which is just as well because I eat like a pig when I’m out and about). Retail therapy leaves you feeling safe and secure for the meanwhile but can undoubtedly pose a crippling threat to people who have no idea how to manage their money. (Lucky for me, I’m not one of those people)

So as the days get increasingly frosty and I’m layering up like a famous “Walmart shopper” (or maybe just a very cold homeless person) and therefore unfashionably unfit to show my face on this blog, I’ll instead be showing off some of the recent bargain buys I’ve nabbed and where I’ve gotten them from. I hope you don’t mind!

Me and my bestie Louisa recently took a trip to the Forever New outlet in DFO. I knew it was time to visit when they started advertising their “50% off sale items” sale, and since everything in their outlet store in on sale, well, that just means massive bargains. The lucky duck she is, Louisa picked up four pairs of ridiculously discounted leather heels/boots on our visit to DFO (damn all of you with size 5/6 feet, you don’t know how lucky you are!) and all I managed to get was clothing that I wasn’t really sure that I needed in the first place. Ah well, you live and you learn..

This is my favorite buy of the bunch. I saw it there hanging by its lonesome on the damaged items rack (gah, I have an addiction to those kinds of racks, seriously!) in my exact size and I couldn’t stop myself from taking it to the dressing room and gently trying it on. Swoon!

There was a lot of things wrong with it though. One shoulder had come apart at the seams, the tulle was separating from the bodice at the back and several beads were missing in several places. Well, as my mother says, “Anything worthwhile having requires hard work” and so I went to work. I took the little packet with spare beads that most dresses like this come with and I started filling in the gaps where the beads were missing, opened my sewing kit to find similar beads to sew onto the dress (it was missing a few pearls that the packet didn’t provide) and I firmly sewed the shoulders up and re-attached the skirt to the body. I also resewed some of the beads that were close to falling out for some extra security.

What you see in front of you is the result of a few hours hard work–but so worth it because now it’s perfect! I haggled this dress down to a measly $25, down from a crazy RRP of $100! This pale pink top was also in the damaged items rack for similar reasons. I haggled it down as well so it ended up costing me $18, down from the RRP of $80. Half an hour of elbow grease later, it’s perfect again. The pants weren’t in the damaged items rack but I had been lemming them for months since they came out, and this was my prime time to buy (especially with needing pants for the new job and all that). They were $30, down from $70. Then, just as I thought I had seen enough of the store.. there was the belts rack. Oh boy. There were a lot of belts. I bought the silver one up top to match with the dress (I don’t have many silver belts–you know I’m a gold girl) and it was kicked down to $6.50 down from $17. Then I got two tassel belts (white and gold) at $6 each (also down from $17) and the pink patent back hammered metal belt I got for $8.50, down from $35. Kind of regretting that last one, I don’t really *love* it, I guess. Still not done though. Also hanging on the damaged items rack was this clutch. I had been lusting after this one for quite a while (I’m not sure why, I don’t really have anything to wear it with, it’s just SPARKLY!) but I was totally unwilling to spend $60 on it (are you people insane?!). It had a few missing beads on it which I replaced when I got home and the clasp was partially broken (nothing a little blob of superglue won’t solve) but now it’s perfect, it’s mine, and I only spent $19 on it.

Asides from the beret below, that was pretty much my haul from Forever New! Phew! Here are a few other things I bought on my shopping trips lately that I’ve been wanting to show off.. Oh, hats. I’m still a hat person. The pink beret with little flowers I believe I bought from Temt for $10 down from $15. It’s absolutely gorgeous, and 50% angora wool! Also 50% angora is the embellished cream beret from Forever New that I bought for $7.50 down from $25. I kind of laugh when I think about Temt having the same quality items for lower RRPs than the massively overpriced Forever New. I also bought COATS! In addition to the navy coat you may have seen in a recent lookbook post, I also bought these two absolute beauties from Temt and Valleygirl respectively. Neither pictures do the coats justice, they are amazing and absolute steals. The burnt orange wool-blend man-style coat was a bargain $20 down from $60. I blame the price on the fact it looks utterly horrible buttoned up sitting on the coat hanger. In fact, I remember the first time I spotted this coat was when I was with Ellen and we were joking about how hideous it looked but when I tried it on (unbuttoned of course), it was actually rather magnificently manly chic on me and I loved it.

The purple coat I also found with Ellen and it was so marvelously beautiful  that I was obsessed with it. Such a gorgeous soft, yet thick fabric in such a lovely classic colour–Valleygirl have 50% off all coats at the moment so I practically dived into stores and purchased this one at a neat price of $25 (down from $50). I think I’m set for Winter, guys.

This obscure little beauty is probably one of my favorite purchases this month. I’ve always wanted to have a tapestry dress but could never find the “right” one at the “right” price. I saw this in SES and fell in love when I tried it on. I absolutely love the fruity floral tapestry fabric, it’s so thick and warm, and it poofs out magnificently when worn. Not too short, either! A total steal at $13 (down from $25). If you’ve noticed, I’ve taken all these photos on my brand new mannequin! Mannequins are really hard to find at a cheap price but I found a seller on Gumtree that has a few of these in storage (but he totally listed them under a weirdly obscure title which is why nobody’s buying them, haha) and I got this beauty for $21 (mostly everyone was asking for $50, can you believe it?)! I’ve been using this mannequin lately to sell some of the items that I really want out of my closet, and I’m sure it’ll be a great asset to me throughout my life. Everyone needs a mannequin!

Anyways, if you incidentally wanted to have a peek at some of the things I’m selling, head on over to one of my Facebook albums and have a browse. Most items are brand new, never worn, some still have tags. Leave a comment on the picture of what you’d like to buy (if you’d like to buy) and I’ll send you a FB message and we’ll work stuff out. Easy!

Just no Facestalking me, ‘kays?